GGD Haaglanden is concerned about low vaccination coverage in The Hague

The number of people vaccinated against corona in The Hague is much lower than in the rest of the Netherlands. ‘That is something that really worries us’, says Annette de Boer, director of the GGD Haaglanden. While 65 percent of people in the Netherlands have had a shot and 56 percent have been fully vaccinated, that number in The Hague lags far behind. That is according to media partner Omroep West .

In the Hofstad, only 55 percent of the people have had an injection and 46 percent two. The Schilderswijk, Transvaal, Moerwijk and the Fruit and Vegetable Area in particular are lagging far behind. ‘That is a real concern,’ said De Boer on Wednesday during a committee meeting in town hall.

According to her, Amsterdam and Rotterdam also show comparable figures. And just like here, it mainly concerns young people who do not like to be vaccinated.

The politicians in The Hague are concerned about the low vaccination rate and are calling for extra measures. For example, the PvdA wants a strategy to ensure that, for example, labor migrants and undocumented migrants can also be better reached. Peter Bos of the Hague City Party argued for a plan of attack. “These low numbers are very worrying and unacceptable. We have to do everything we can to get it up.’

Like the PvdA, other parties are also concerned about the many fake news that is mainly distributed via social media. For example, council member Fonda Sahla of D66 pointed out that screenshots of fake newspaper messages are often circulated, especially among young people.

Get vaccinated without an appointment

According to De Boer, the GGD is doing a lot to ensure that more people are vaccinated. For example, teams have already moved into the Transvaal, Bouwlust and Vrederust, Stationsbuurt, Moerwijk, Zuiderpark, Laak and Spoorwijk districts. People can therefore go to easily accessible places without an appointment to get vaccinated. There is also a lot of information provided. Up to August 22, 3,500 people had been vaccinated here. And this campaign continues.

The GGD is also looking for cooperation with the municipality and, for example, community centers to have as many people as possible vaccinated against corona. ‘We are open to all groups that can bring people together’, said the director. ‘Even if that is extremely labour-intensive.’ In addition, the GGD has already approached special target groups, such as Ghanaians, Chinese, sex workers, the homeless and labor migrants.

To further increase the vaccination rate, the GGD also wants to set up a kind of network of places where people can walk in without an appointment to get a shot. She thinks of the town hall and district offices, for example. These will then be added to the three more large vaccination locations that will soon be added. “We’re not giving up,” De Boer said.

In the meantime, a group appears not to be really willing to cooperate in increasing the vaccination rate. When asked questions from PvdA faction leader Mikal Tseggai about cooperation with mosques, it turned out that they are not prepared to do so. The GGD has had several conversations with mosques, but they do not want to serve as an injection site. Nor have they yet supplied groups of people.

Number people of people with jab is too low

De Boer preferred not to make a statement about what the desired vaccination coverage in the Netherlands – and therefore also The Hague – is. That judgment is up to the Outbreak Management Team, she said. ‘It is generally assumed that the vaccination rate of 65 percent nationwide and therefore certainly that in The Hague is too low.’

During the meeting, the director stated that vaccination is of great importance to contain corona. People who have had two shots are 95 percent protected against hospitalization and 97 percent against admission to the intensive care unit. “Fantastic numbers.” This means that they can still get sick and transmit the virus, but the effects will be very limited. “That’s why it’s so important that everyone is vaccinated.” 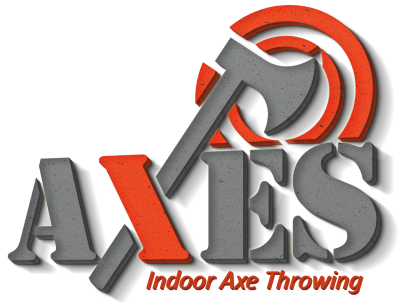